Lake Diefenbaker is a reservoir in Southern Saskatchewan, Canada. It was formed by the construction of Gardiner Dam and the Qu’Appelle River Dam across the South Saskatchewan and Qu’Appelle Rivers respectively. Construction began in 1959 and the lake was filled in 1967. The lake is 225 kilometres long with approximately 800 kilometres of shoreline. It has a maximum depth of 216 feet, while the water levels regularly fluctuate 9 to 20 feet each year. Lake Diefenbaker provides water for domestic irrigation and town water supplies. The flow of the two rivers is now regulated with a considerable portion of South Saskatchewan diverted into the Qu’Appelle. Prior to the dams’ construction, high water levels in South Saskatchewan would frequently cause dangerous ice conditions downstream in Saskatoon while the Qu’Appelle would frequently dry up in the summer months. Fishing on Lake Diefenbaker And Surrounding Areas is One of the most world renown freshwater fisheries of the planet, growing all species to World Record sizes, Rainbow trout in excess of 48lbs, 20lb Walleye, 40 lb Northern Pike, 25lb Burbot and Whitefish over 10lbs have been caught by anglers and netted by biologists who regularly monitor the fish population in the lake.

Experience all of what Diefenbaker has to offer all in a full day. Starting with a morning half-day guided trip chasing Walleye, Rainbow trout, or Northern Pike to take home for you and your family. Then a fresh fish fry Supper at Sandy Shores Resort, followed by an evening chasing the Worlds Largest Rainbow Trout and Brown trout

With a max of 11 hours of Fishing

With a max of 11 hours of Fishing

With a max of 11 hours of Fishing per day

With a max of 11 hours of Fishing per day

Our vision is to fulfill the sport fisher’s dream of catching their trophy freshwater fish of a lifetime. 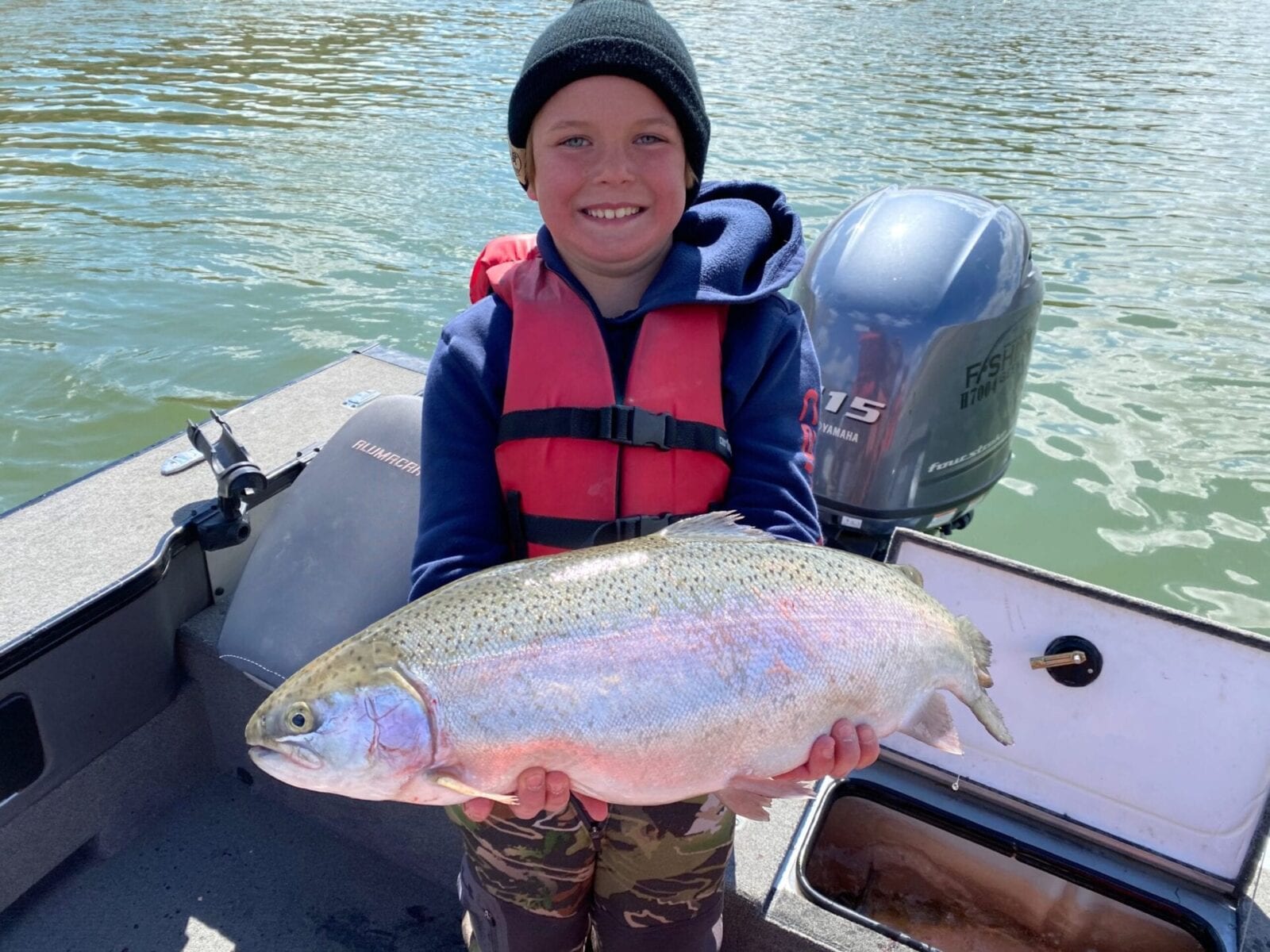 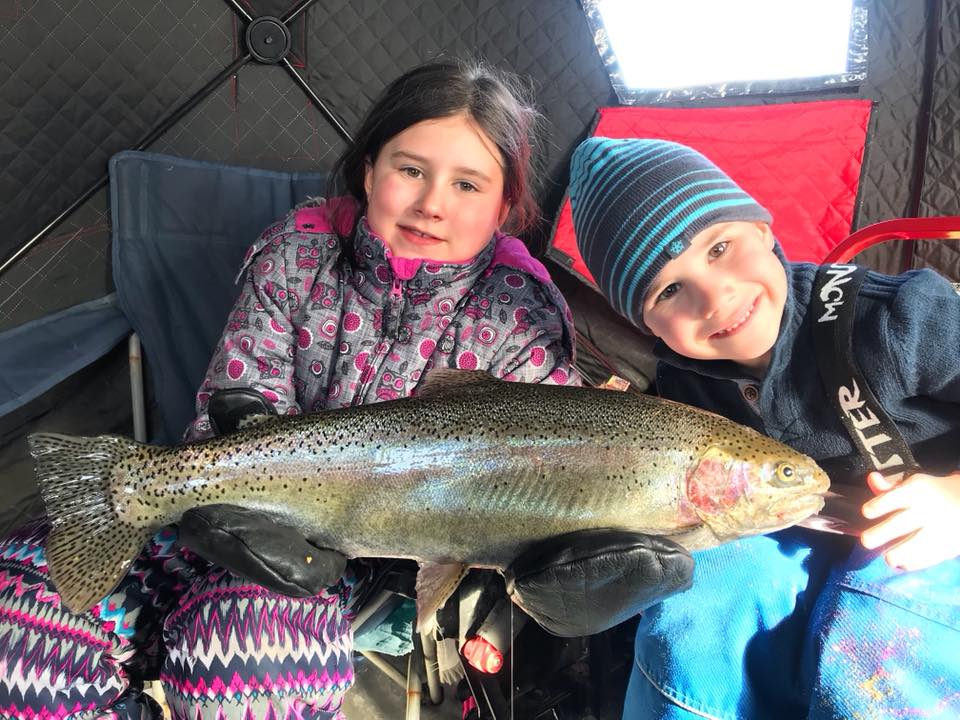 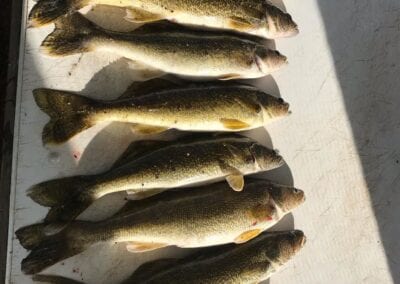 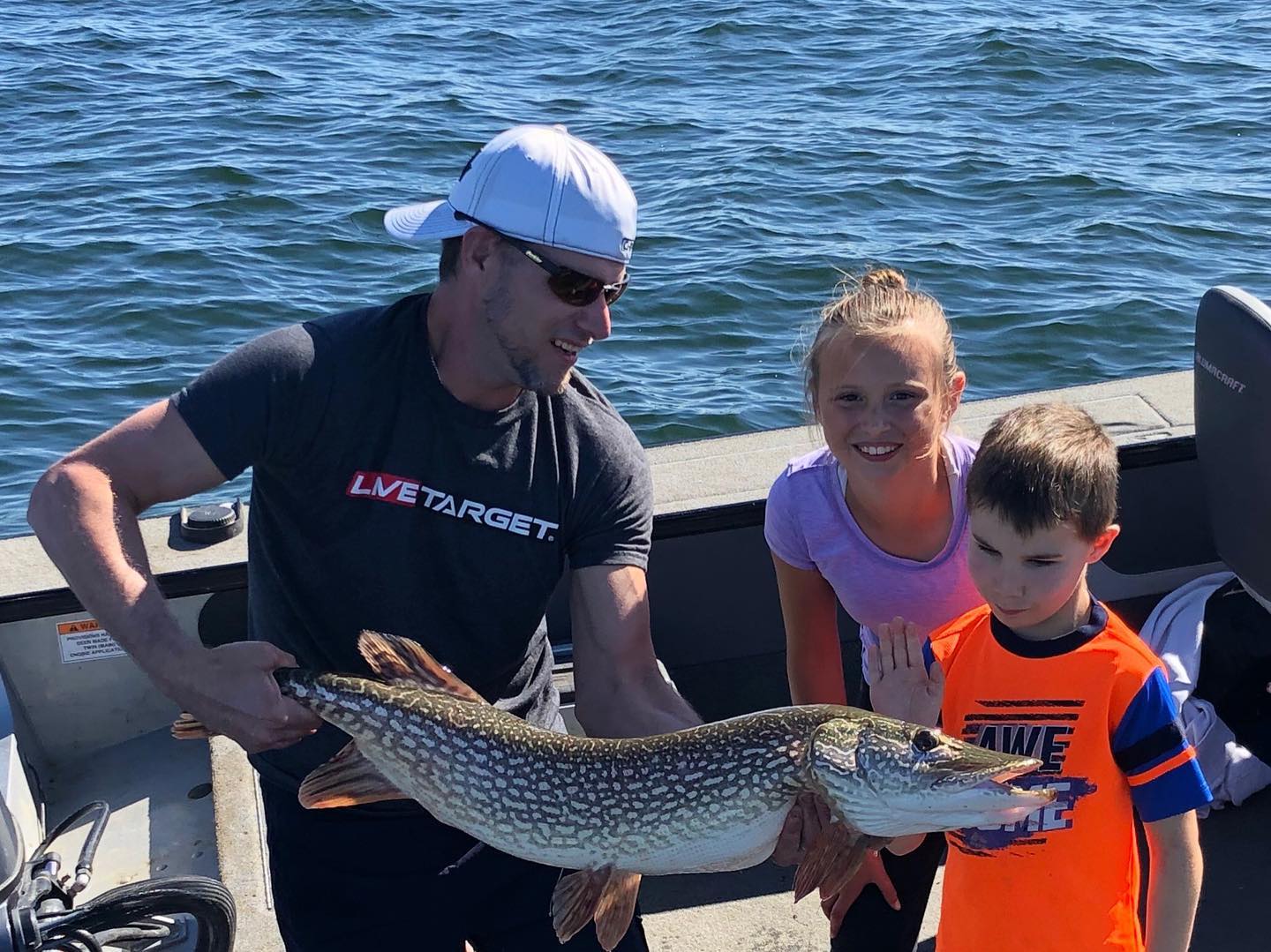 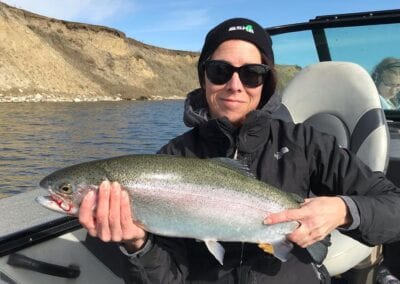 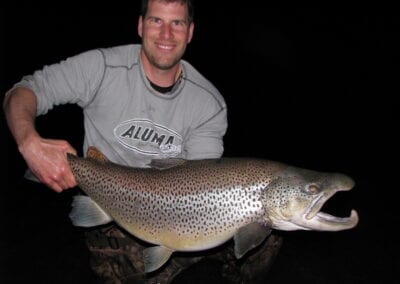 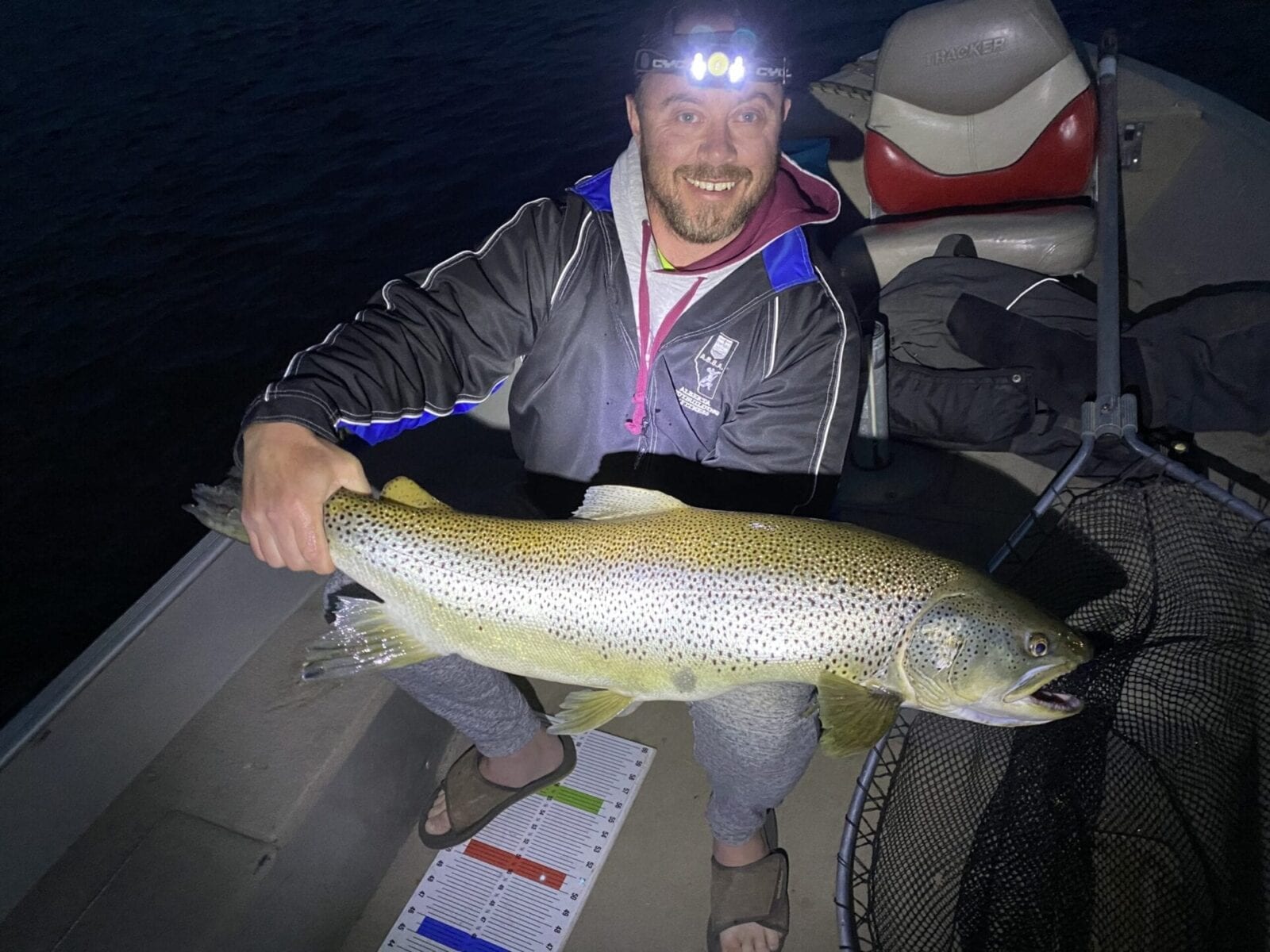 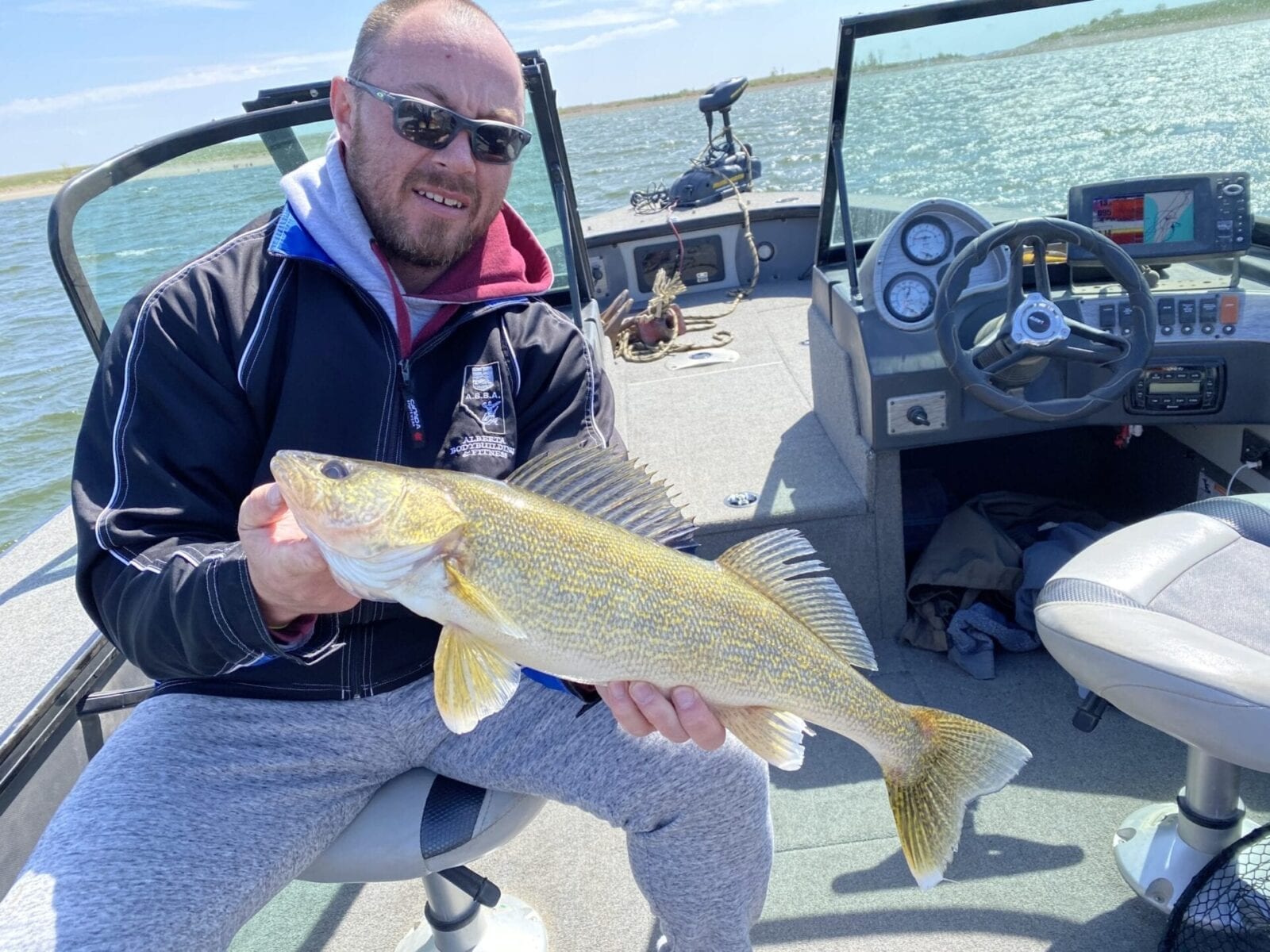 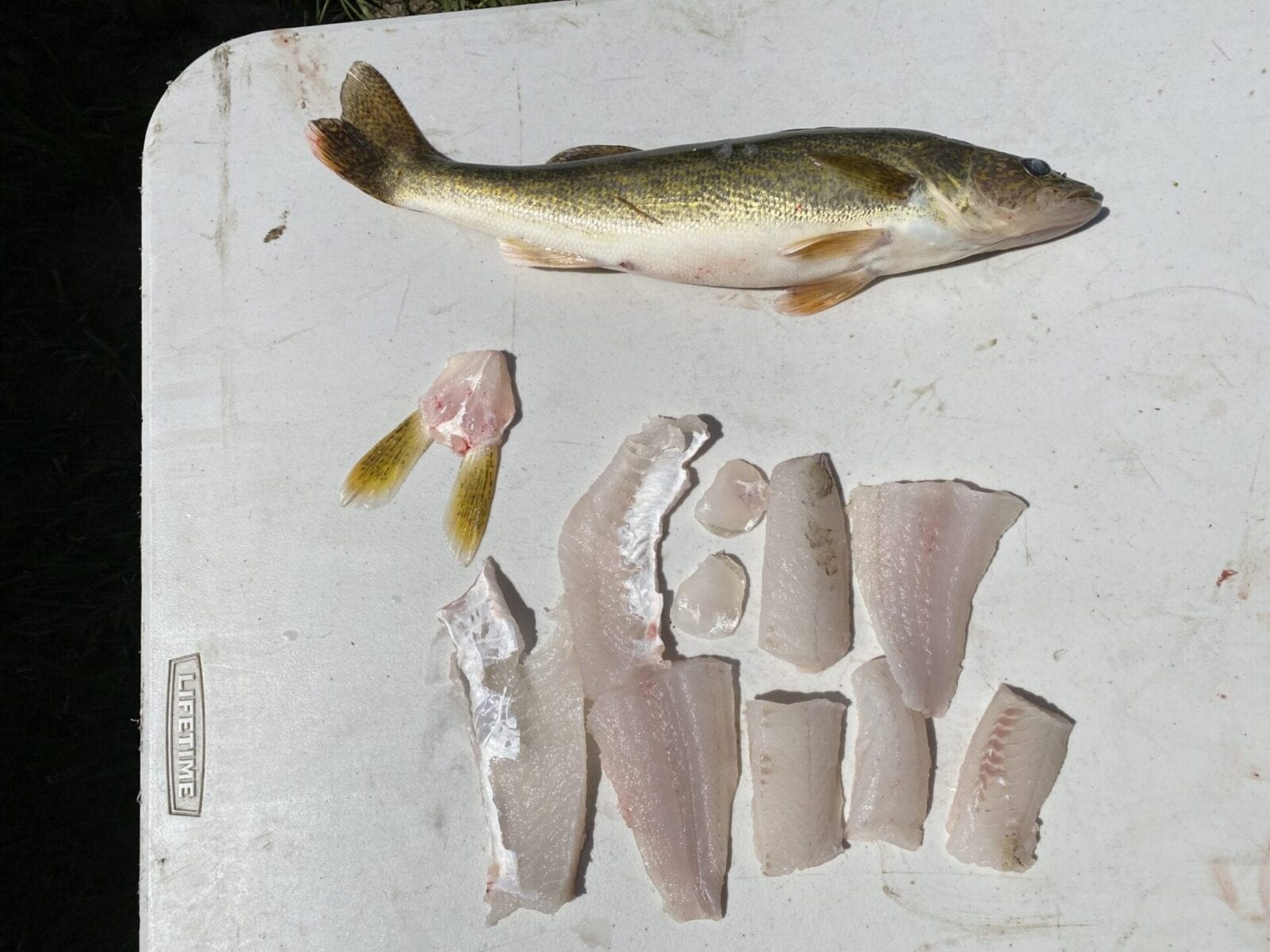 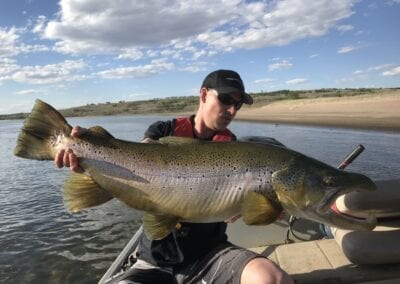